Plenty of travellers still avoid this landlocked African nation, thinking the violence and war of the past remains an issue. For the past couple of decades, however, the country has been relatively politically stable and safe to visit.

It’s not a big place, but there is plenty to explore. In the southwest of the country, the mountainous Bwindi Impenetrable Forest is home to mountain gorillas, who can be visited on guided treks. There’s also the opportunity to see unique golden monkeys or climb volcanic Mt Sabinyo.

Climbers head to the Rwenzori Mountains – the highest point is Mount Stanley at 5100 metres – for an experience not found anywhere else in the world. Hikes start in equatorial rainforest, passing through heath forest before finally peaking in a landscape of snow and glaciers. On the way you might see forest elephants and any number of monkeys.

These mountains are located near Lake Victoria, which straddles the borders of Uganda, Tanzania and Kenya, and are the source of the mighty Nile. For adrenaline seekers, grade-five whitewater kayaking should be top of the must-do list, closely followed by taking on the rapids on a stand-up paddle board. Of course, there are flat-water options, too, including birdwatching from the river.

For those who love a safari, Uganda has that, too. With a diversity of landscapes, including lakes and rivers, there is plenty of wildlife to spot. Some of the reserves, like Queen Elizabeth National Park, are easy to access yet uncrowded. Located in the foothills of the Rwenzori Mountains, it’s home to buffaloes, elephants, lions (the famous tree-climbing lions are found in a part of the park known as Ishasha), different species of antelopes and plenty of birds. Hippos, crocs and zebras, as well as the gigantic eland antelope, can be found at Lake Mburo National Park.

At the time of writing, the Smartraveller website suggests travellers avoid the border areas near the Democratic Republic of the Congo and South Sudan. Those travelling to remote northeastern districts, including Kidepo National Park, should do so by air. Homosexual relations are illegal in Uganda, and western travellers have been prosecuted for homosexual activities.

Meet the Ik people in Uganda 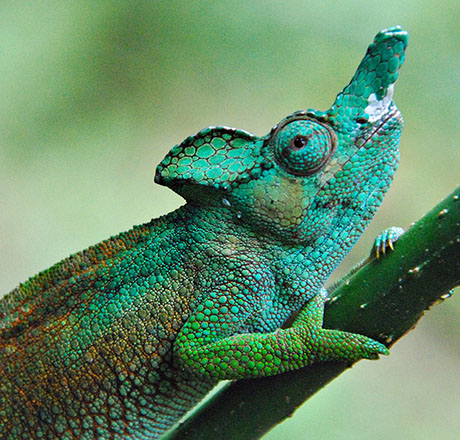 Most people associate Uganda with wildlife safaris, not summiting peaks. But... 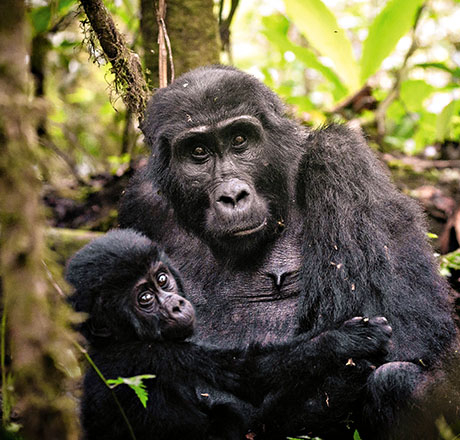 do
Meet the...
Meet the Bonobos
DEMOCRATIC REPUBLIC OF CONGO

On this unique expedition into the Congo Basin you’ll get up close to the... 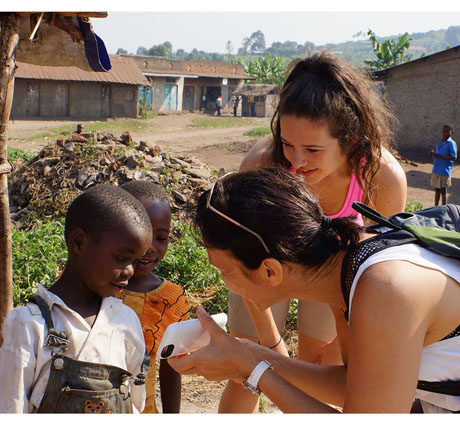 Sick of feeling relaxed but unfulfilled after a resort holiday or wildlife... 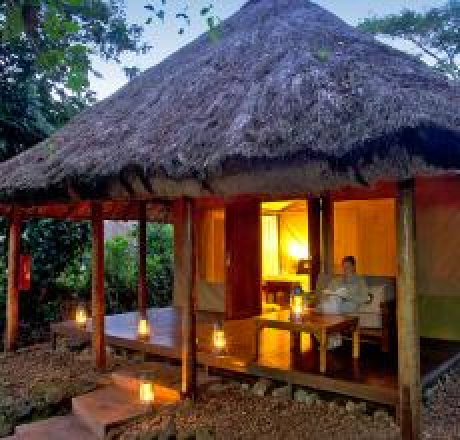 No nature experience is more primal and stirring that staring into the eyes...