After Dark in Muscat

After Dark in Muscat

Energy pours back into Muscat’s bones as the day’s heat wanes. The strips of clubs and pubs that typify many capital cities are nowhere in sight, but leave its luxury resorts and you’ll see there’s more to this ancient port city than expats sinking beers at hotel sports bars. Pockets of life flare between ridges of the Hajar Mountains, and the nightlife has a distinct Omani air – think cafes, cards and shisha paired with conversations lasting deep into the night, while the city’s adoptive locals rustle up plenty of party.

5.30pm
Kick off your shoes and join joggers and casual soccer teams on Qurum Beach or settle among the frangipani and a grove of palm trees on the manicured grass bank. Hotels and coffee shops open onto the strip, but for a beach-bar vibe stop at the scruffy Candle Café plonked right beside the sand. What the cafe lacks in gloss it makes up for in iced drinks, outdoor fans and uninterrupted views of the twilight golden sea. Do as the locals do and order a juice – lemon mint is the winner – and look for the next Lionel Messi kicking up tricks.
Candle Café
Qurum Beach behind Grand Hyatt Muscat
Shatti Al Qurum

6.30pm
As the sun disappears across the Gulf, it’s time to trade sport for culture. Head to the Royal Opera House, a grand showcase for musical arts commissioned by Sultan Qaboos of Oman. Unless you’re spruced up for the occasion (admission is inexpensive), linger just long enough to enjoy the architecture and some pre-show people watching before heading across town to the Marina Hotel. Ride the elevator straight to the top, snag a seat on the bar’s tiny veranda and, depending on the season, soak up the echoing maghrib (evening prayer) as it resonates over the bustling corniche and the white and bone-coloured houses bundled between the mountains. The harbour here was the landing point for the Portuguese who plundered the city in the sixteenth century, burning it to cinders. While the sailing ships are long gone, traditional dhows can still be seen bobbing between luxury yachts in the bay.
Marina Hotel
Behind the Mutrah Fish Market
Mutrah

7pm
Next stop, the souq. Tourists trawl the market in the heat of the day, sizing up Aladdin’s lamps and rocks of frankincense, but locals know the best time to go is at night. Stroll down the corniche, past vendors selling sweet potatoes and dates and sandwich shops with customers spilling onto the street, and enter the jostling bazaar. Turn off the main passage and slink into a labyrinth of hole-in-the wall coffee shops, stands dripping with gold and boutiques where black-clad ladies thumb abayas (traditional robes) in fabrics of cerulean and hot pink.
Mutrah Souq
Mutrah Corniche
Mutrah

8pm
Hail a taxi and hit the road, because it’s time to fill your belly and at Bareeq Al Shatti mall you’re spoilt for choice. Trendy twenty-somethings flash eyes at each other while queuing at B+F Roadside Diner. Its signature dish of Dynamite Fries – a delicious mess of chips topped with minced beef, cheese, ranch sauce and jalapenos – is, however, better suited to a 3am binge than dinner. It’s also too early for the top-notch kebabs from Automatic, served with tart pickles to cut through the garlic sauce. Dine instead at Ubhar, one of the few restaurants in Muscat to cook up Omani cuisine. Order the muttrah paplou (seafood soup with plump wontons), coupled with ubhar harees, a porridge-like chicken dish topped with rich onion sauce, before finishing with saffron crème brûlée and frankincense ice-cream. It’s Arabia on a plate.
Ubhar
Shop no 52, Bareeq Al Shatti
Al Kharijiyah Street
Shatti Al Qurum
ubharoman.com

9.30pm
Muscat may be a mostly dry city during Ramadan, but not today and it’s time for a drink. A 10-minute walk towards the beach takes you to Trader Vic’s, where rum-heavy cocktails sporting names like Zombie and Suffering Bastard will have your hips swaying well before you order round two. On one side of the open-plan room diners slice into grilled meat seemingly oblivious to the revellers downing sweet brews while shaking to salsa by the bar. For a sure-fire way to kick off your night try the favourite known as Tiki Puka Puka, a lethal mix of three rums poured in bath-like proportions.
Trader Vic’s
Hotel InterContinental
Al Kharjiya Street
Shatti Al Qurum
tradervics.com


10.30pm
Fairy lights twist through trees and sweet smoke from the shisha coils beneath lanterns in the canopy at the sultry Kargeen Caffe. This is one of Muscat’s best-loved restaurants and inside its grounds you’ll find families feasting in dining rooms, men lounging in courtyards blowing flawless smoke rings and fashionistas with heels and handbags worth many months’ rent glimmering in hidden alcoves. If you’re peckish, share a serve of shuwa, a dish of goat meat rubbed with spices, wrapped in banana leaves and roasted over hot coals for a day. But don’t get distracted by the food – you’re really here for the shisha. All the usual flavours like apple and strawberry grace the smoker’s menu, but for something more adventurous suck down a Kargeen Special made with a selection of freshly carved fruit.
Kargeen Caffe
Al Bashair Street
Madinat Sultan Qaboos
kargeencaffe.com


12am
By now the tiki rum has worn off, so set your sights on another bar. Left Bank’s views of the city will help you regain your bearings after sweeping around town in the back of a cab. Select your crew – smokers and sheikhs from neighbouring nations congregate on the patio overlooking the district of Shatti Al Qurum, while expats linger by the bar inside – and settle in. The menu here is ritzy, specialising in martinis, classic cocktails and mocktails – dubbed the “chauffeur’s choice” – but peer through the dregs of a caipirinha as clubbing hour looms near and you’ll spot shots the size of tumblers and gallons of Red Bull powering down patrons’ throats.
Left Bank
2601 Way
Shatti Al Qurum
facebook.com/leftbank.mustcat

1am
When it’s time to party, crowds flood to Copacabana, but the city’s hottest option is Zouk. Expect some familiar faces – those who haven’t sunk too many mojitos at Trader Vic’s often sail this way, shelling out wads of rials to hit the thumping dance floor. The club’s flavour varies night to night, with musicians jetting in from Europe and around the Gulf to grace the decks, and locals like DJ Pulse Muscat pumping out regular sets. Scope the VIP section where men wearing crisp dishdashas (traditional robes) nod to the beat, then grab  a mix from the glowing bar and bust out your best set of moves.
Zouk
Crowne Plaza Hotel
Qurum
zoukmuscat.com

2am
Omanis go gaga for shawarma (kebabs). Every local swears by their favourite shop, but at this hour those in the know make a beeline for Istanboly Coffee Shop. Pull up a chair outside and watch the cook carve meat from a hulking spit, doling out goodies to workers ferrying packages between the kitchen and cars. Go for a wrap, packed with tender strips of chicken, and if you’re feeling brave slather on mayo laced with enough garlic to ward off vampires for years to come. Make eyes with the neon Mr Istanboly sign as you munch – he’s giving you the thumbs up for your fine selection.
Istanboly Coffee Shop
Souq Al Khuwair Street
Baushar

Qatar Airways flies from Melbourne, Sydney and Perth to Muscat via Doha.
qatarairways.com

The luxurious Shangri-La’s Barr Al Jissah Resort & Spa is about 30 minutes’ drive from the Mutrah Souq and has rooms from US$250 a night.
shangri-la.com
For something closer to the action try the Park Inn by Radisson, with rooms from about US$200.
parkinn.com

For tips on all things Omani, check the Ministry of Tourism’s website.
tourismoman.com.au 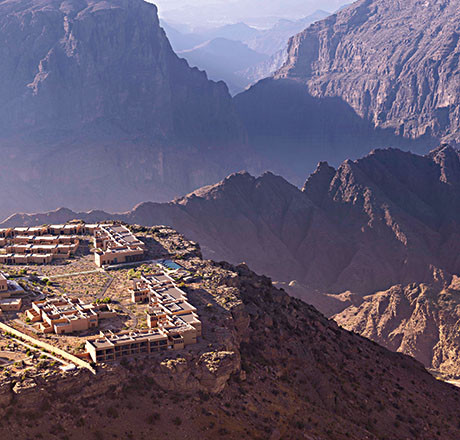 Built in a region of Oman formerly off-limits to foreigners,...

Built in a region of Oman formerly off-limits to foreigners, it’s hardly surprising that...

Driving through the arid landscape of northern Oman, you...

Driving through the arid landscape of northern Oman, you probably wouldn’t expect to... 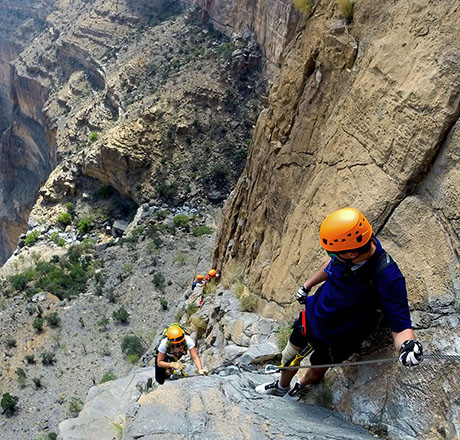 When it comes to action, Oman’s terrain is an adventurer’s...

When it comes to action, Oman’s terrain is an adventurer’s playground and this tour... 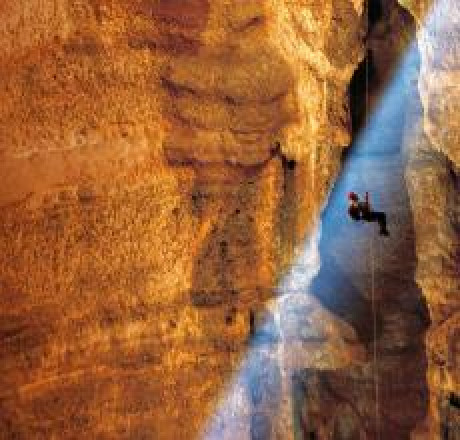 Majlis al Jinn Cave is bloody hard to get to, and even harder...

Majlis al Jinn Cave is bloody hard to get to, and even harder to get inside of – but... 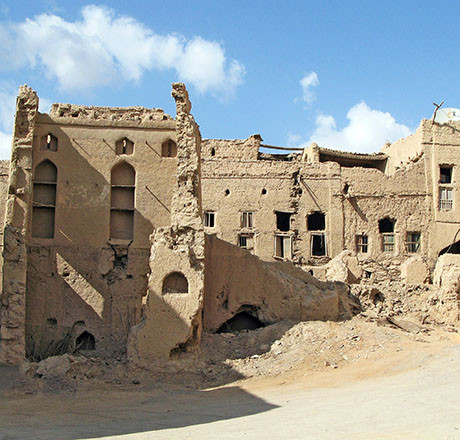 Pop on your helmet and pedal back in time as you hit the...

Pop on your helmet and pedal back in time as you hit the streets of Al Hamra. Nestled at... 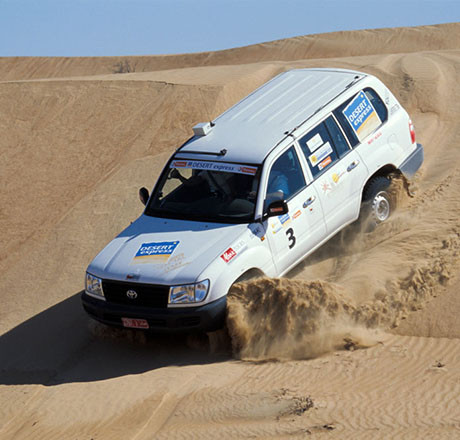 Discovering Oman is home to more than 3000 kilometres of...

Discovering Oman is home to more than 3000 kilometres of magical, unfettered coastline... 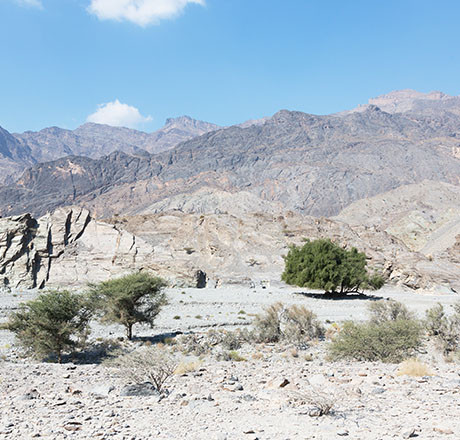 While Arizona lays claim to some rather thrilling rock...

While Arizona lays claim to some rather thrilling rock formations, the American state... 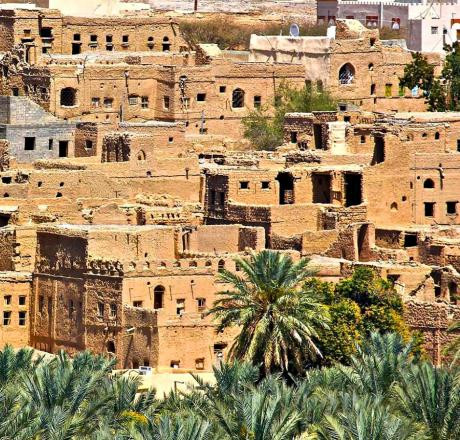 do
The Grand...
The Grand Canyon of the Middle East
NIZWA, OMAN

Travel through the rugged Hajar Mountains to the township of...

Travel through the rugged Hajar Mountains to the township of Nizwa, the ancient capital of... 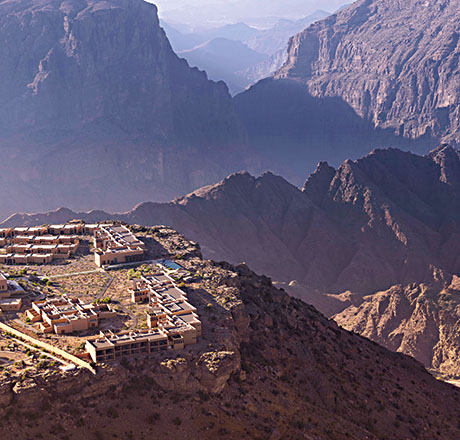 Built in a region of Oman formerly off-limits to foreigners, it’s hardly...

Built in a region of Oman formerly off-limits to foreigners, it’s hardly surprising that...

Driving through the arid landscape of northern Oman, you probably wouldn’t...

Driving through the arid landscape of northern Oman, you probably wouldn’t expect to... 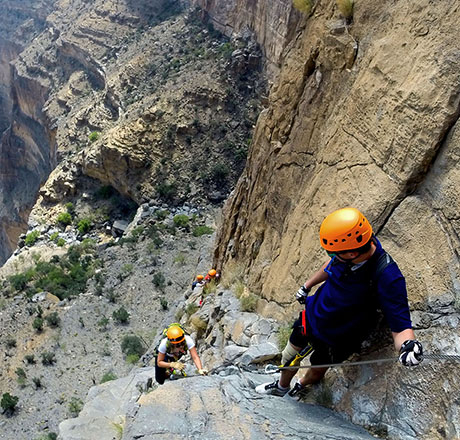 When it comes to action, Oman’s terrain is an adventurer’s playground and...

When it comes to action, Oman’s terrain is an adventurer’s playground and this tour... 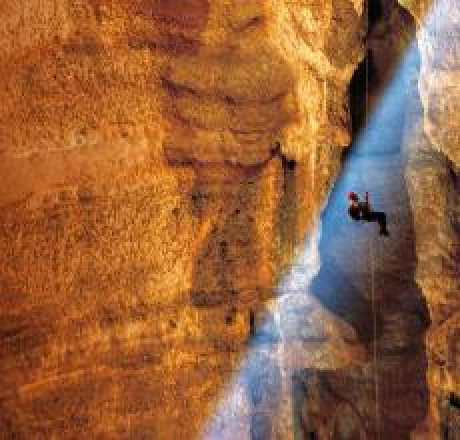 Majlis al Jinn Cave is bloody hard to get to, and even harder to get inside...

Majlis al Jinn Cave is bloody hard to get to, and even harder to get inside of – but...