In a little-known region between Tuscany and Liguria, Susan Gough Henly walks, cycles and canters her way through a Europe she’d long thought gone, enjoying a taste or two along the way.

An irresistible aroma draws me out onto the terrace where I am momentarily distracted by just how green everything is – vines, fruit trees, fold after fold of forest-covered mountains all the way to the jagged peaks of the Apuan Alps. I follow my nose to the open-air kitchen beneath a slate roof where Gigliola Galanti, owner and chef extraordinaire at Agriturismo Saudon, is cooking rabbit and potatoes in a testo, or cast-iron pan, over an open fire of vine shoots.

As the summer sun’s rays slant low across the family’s terraced vineyards and vegetable garden, six of us sit down to a supper of fried zucchini flowers, salumi, roasted eggplant and the spectacular testo dish, all washed down with glasses of Saudon’s red wine, homemade from pollera, a local grape variety. By the end of the meal, Gigliola has challenged us to a game of bocce on the Pozzo di Mulazzo village pitch, not far from her sixth-century stone house. After a trouncing, we discover tiny Pozzo regularly fields one of Italy’s championship bocce teams.

Experiences such as these pepper adventures in Lunigiana, a tucked-away region straddling northern Tuscany and eastern Liguria. Its fertile river valleys are bordered on three sides by the Apennine Mountains and, in the south, by the Apuan Alps, source of Carrara marble. Less than an hour from cruise-ship–clogged Cinque Terre to the west and the touristy hill towns around Florence to the south, this ancient land of the moon – with its mysterious stone idols, medieval castles and walled hamlets – still moves to the rhythms of old ways.

Thanks to the efforts of the enterprising Farfalle in Cammino, a non-profit association of young local guides, interlopers can now draw aside the tourist curtain to immerse themselves in an Italy thought to have long disappeared. Now it’s possible to walk the ancient Via Francigena pilgrimage route, ride horses through chestnut forests, explore churches and castles in peace, bike along quiet country roads and feast on mouth-watering local dishes with new-found friends.

Lunigiana has a fascinating story to tell and Francesco Bola, president of Farfalle in Cammino, is here to share the tale. In the Museum of the Stele Statues, part of the walled town of Pontremoli situated at the confluence of the Magra and Verde rivers, I am gobsmacked by a collection of ancient anthropomorphic stone structures standing a metre-and-a-half high. More than 80 chiselled figures with their half-moon–shaped heads have been discovered all over Lunigiana. Dating as far back as 4000BC, these statues of weapon-wielding men and full-breasted women speak of a pre-Bronze Age culture many believe worshipped the moon. The Romans defeated them in the second century BC, and promptly built a temple to the moon at Luni.

Jumping a thousand years of history, Francesco points out a pilgrimage artefact that once adorned the facade of San Pietro church in Pontremoli – a twelfth-century carved stone labyrinth showing the one true way to Christian enlightenment. Pontremoli was first documented in the diaries of the Archbishop of Canterbury in 990AD as one of the places he slept on his Roman pilgrimage. The route he took on the Via Francigena is now being developed as the next great pilgrimage and is set to rival the overcrowded Camino de Santiago in Spain.

We get a visceral view of Italian history as we stroll the town’s narrow, winding streets. As we pass the Great Bell Tower, Francesco tells me hostilities between the rival factions of the Pope and the Holy Roman Emperor were so fierce a wall was built through the heart of Pontremoli. Each side had its own central square, palaces, hospital and bridges, many of which still exist even though the wall has been torn down. 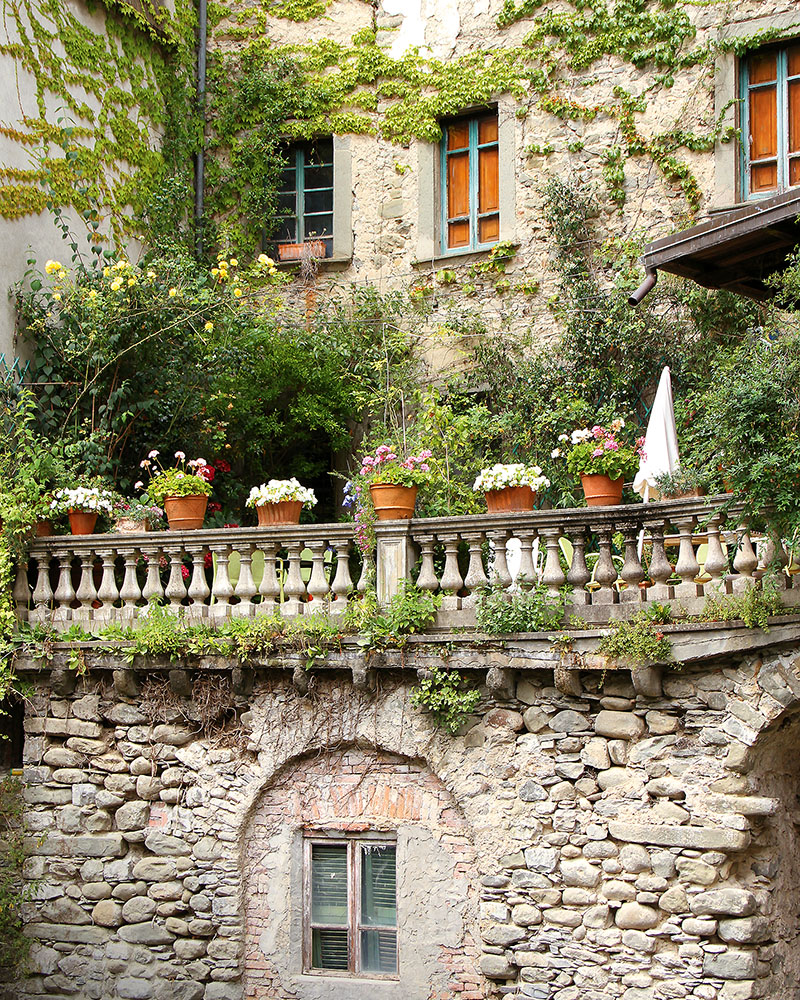 Beauty is everywhere in this part of Italy. Click to view gallery

By the Renaissance, Pontremoli had evolved into a tax-free zone attracting wealthy merchants who built the grandiose, domed Chiesa Cattedrale Santa Maria Assunta on the site of a medieval church as thanks to the Virgin Mary for saving the city from the plague. Moving from the sacred to the everyday, we visit the baroque Palazzo Dosi Magnavacca, one of Pontremoli’s many elaborate town houses. Its ceilings and walls are embellished with allegorical trompe l’oeil paintings depicting Greek myths transposed with the faces of the merchant patriarchs.

“So many Tuscan towns are overcrowded with tacky souvenir shops, while here our culture is still intact,” Francesco tells me over lunch of rare-breed Zeri lamb with handmade pasta as we discuss the allure of the region. “I think Lunigiana defines the art of slow travel, where you can discover the soul of a place and enjoy its unique food.”

Following his advice, I walk with nature guide Franco Ressa on a bucolic section of the Via Francigena, which tracked the easiest route through the mountains and valleys for pilgrims and traders alike. We take centuries-old paths above olive groves and family vineyards, their vines staked between ash trees in the old way. Franco shows me ancient moss-covered stone walls that once anchored orchards and we savour an old-fashioned variety of local apple, called mela rotella, plucked from low-hanging trees in the woods. He takes me to one of the river’s many green pools, perfect for swimming, its large round boulders cool under our bare feet. Snacking on golden plums, we meander through tiny hamlets, each with a shrine and water fountain, and cross the arched sixteenth-century Groppodalosio Bridge, one of Via Francigena’s landmarks as it descends from Cisa Pass towards Pontremoli.

As he points out deer prints and porcupine trails, Franco tells me you can explore a host of different landscapes in Lunigiana. “There are chestnut and beech forests, not to mention blueberry meadows with glacial lakes in the Tuscan-Emilian Apennine National Park and marble quarries in the Apuan Alps whose ridgelines offer panoramas all the way to the coast. There are even canyoning adventures in Stretti di Giaredo, just 10 minutes from Pontremoli.” 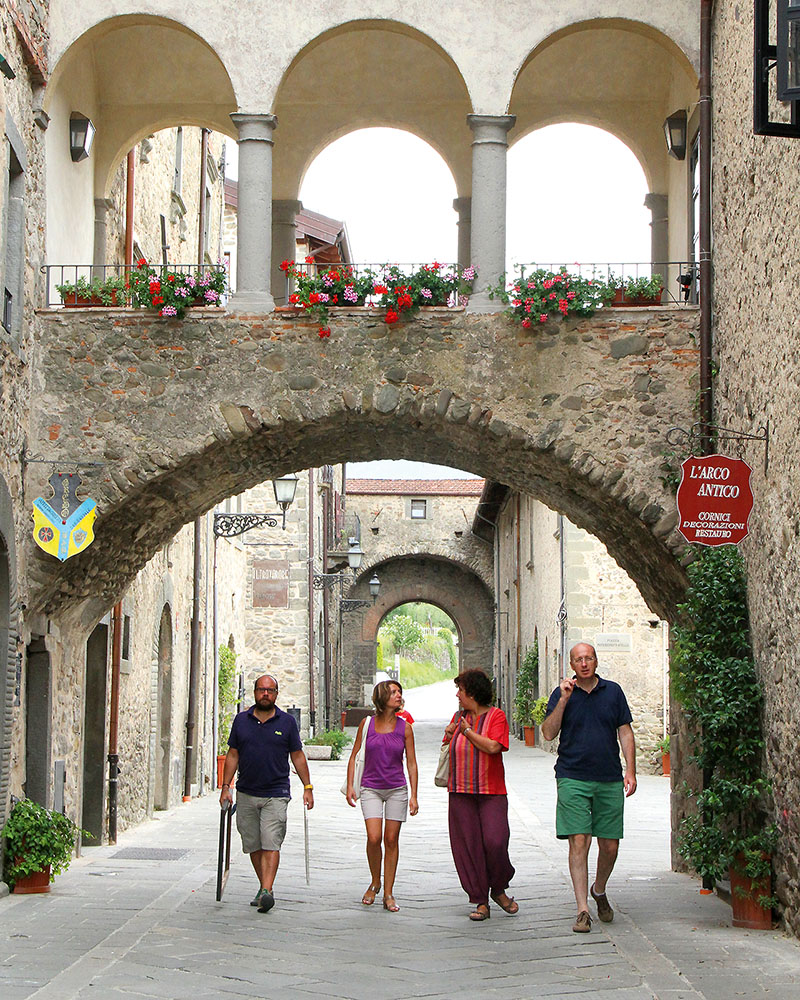 Trying out another form of slow travel, I join Simona Polli, vice president of Farfalle in Cammino, on an electric bike adventure up hills to castles and down dales through acacia forests to medieval walled villages. In an inspired move, the group uses e-bikes for excursions around the rolling countryside. Note the word ‘rolling’ here is a euphemism for a landscape that would soon exhaust the energies of most amateur cyclists. Instead, these ingenious bicycles make you feel like a power pedaller – the harder you push, the faster you head up the hills. You can even recharge the bike’s batteries by going downhill in low gear.

It is the perfect way to traverse hamlets like Ponticello, where we fill our water bottles at the communal well, see stone tower houses where villagers used to barricade themselves against invaders, and navigate narrow tunnels where blacksmiths and cobblers plied their trade. We admire two more ‘warrior’ steles inside the stark eleventh-century Romanesque church of Pieve di Sorano, effortlessly cycle hills to explore Malgrate Castle, now the site of summer cultural festivals, and meander through the medieval market town of Bagnone, with its Ponte Vecchio bridge over a river torrent.

In the Byzantine walled village of Filetto, a popular antiques centre, we feast on Lunigiana’s famed testaroli, an oven-baked pancake cooked on a cast-iron griddle, cut into diamond shapes and cooked like pasta, before it’s served with parmesan and pesto. Here, too, I try another local specialty called lardo di Colonnata, a cold cut made from pork back fat covered with spices like sage, rosemary, salt and garlic and aged for six months in Carrara marble containers.

At the Agriturismo Montagne Verde, I meet three generations of the Maffei family, who have converted a monastic tower into a zero-kilometre restaurant championing all the delectable products from their farm and forests. They also restored the village of Apella into rooms and apartments, and planted vegetable plots that guests are encouraged to use. Here, they extract chestnut, acacia and wildflower honey from hives in the hills, and beside the swimming pool, with its drop-dead mountain views, is an historic chestnut drying mill, still used each autumn when local women bring in the harvest from the forest. It is the perfect base for hiking the Tuscan-Emilian Apennine National Park, which surrounds the property.

For all its history and beautiful geography, Lunigiana’s greatest treasure is its agriturismos (farmstays). Their fabulous food evokes a real sense of place and they offer terrific opportunities to meet locals who have a palpable connection with long-standing traditions. I learn, for instance, how to taste ultra-fine olive oil and pure natural honey, and how chestnuts have sustained a culture through feast and famine. Each family chef is as blow-me-away impressive as the next one, serving dish after exquisite dish – chestnut pancakes with ricotta and honey; sweet Treschietto onions; sgabei (fried bread) with homemade salumi; ripieni (stuffed vegetables); beef tagliata with porcini mushrooms; and chestnut semifreddo.

On my final day, I explore the countryside on horseback with Andrea Verdoni from Il Picchio Verde Agriturismo. We follow tree-lined trails beside farms and olive groves, slosh through streams under stone bridges, and canter across fields burnished gold by the afternoon sun. Finally, we clip-clop up a cobblestone path to the fortified hilltop village of Cassolana Monti, with another castle wedged into the rock under enormous spreading oak trees. It feels like the centuries have fallen away and the lord of the manor will welcome us with trumpets and a banquet. Yet I can’t imagine how anything could better the feasts I have already enjoyed from this ancient landscape as enchanting as it is real.

Emirates flies via Dubai to Pisa or Genoa where you can rent a car for the 50-minute drive to Lunigiana.
emirates.com

Lunigiana is home to about 120 agriturismos, some of which can be discovered on the Visit Lunigiana website (along with other attractions in the area). Agriturismo Saudon has six pretty rooms – each named after a local grape variety – for between two and five people. Double rooms cost about US$88 a night, including breakfast. Traditional Tuscan evening meals cost about US$27 per person.
visitlunigiana.it
agriturismosaudon.it 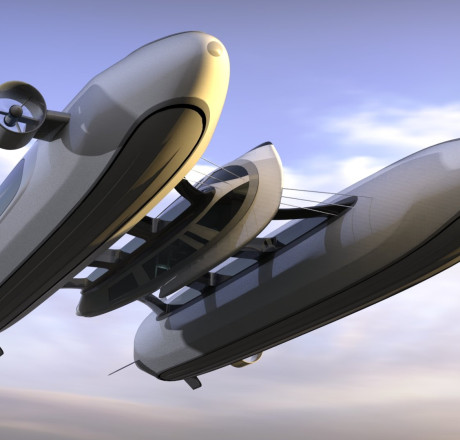 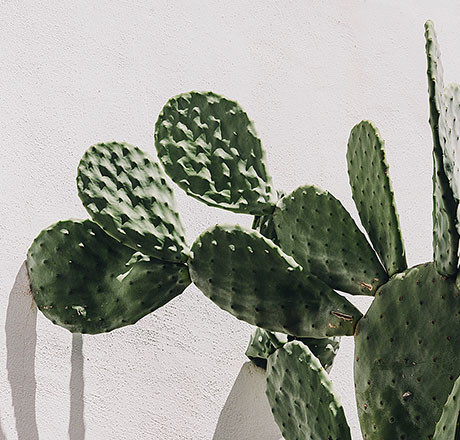 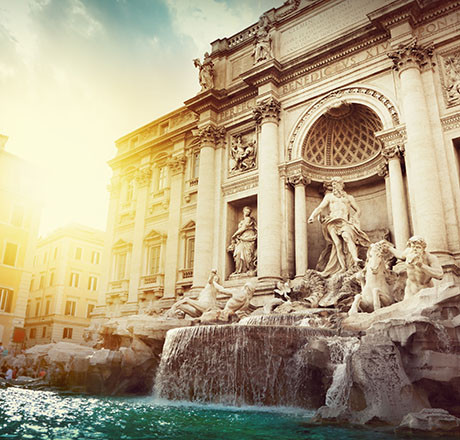 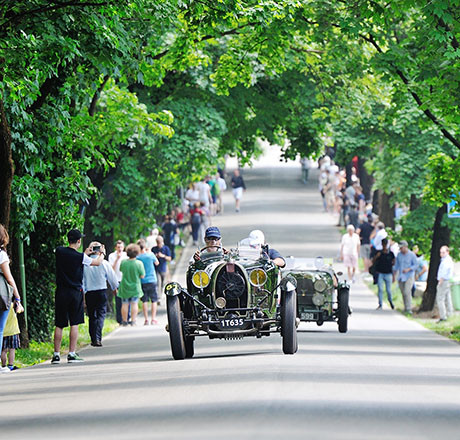 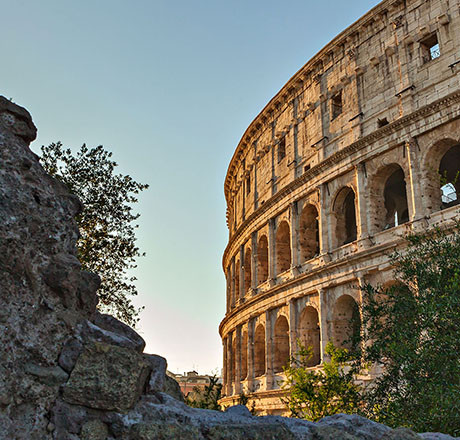 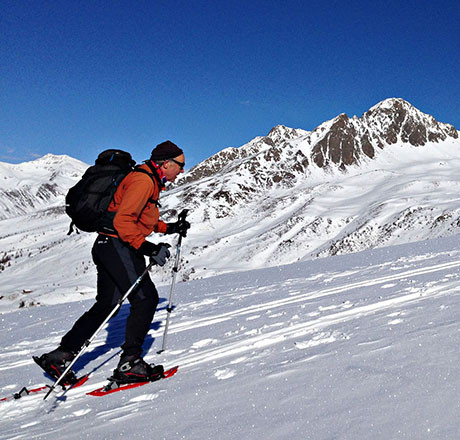 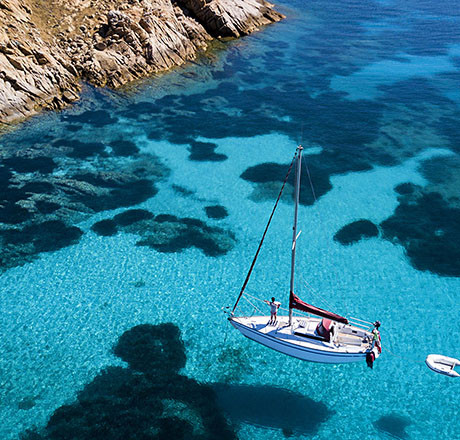 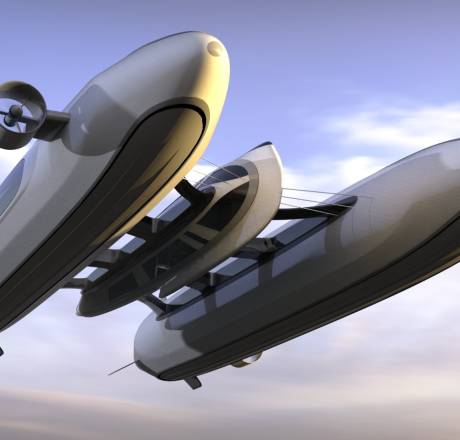 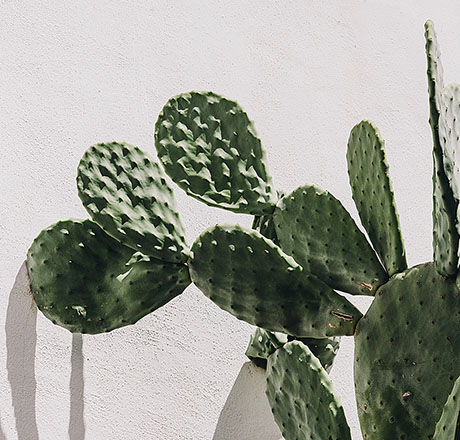 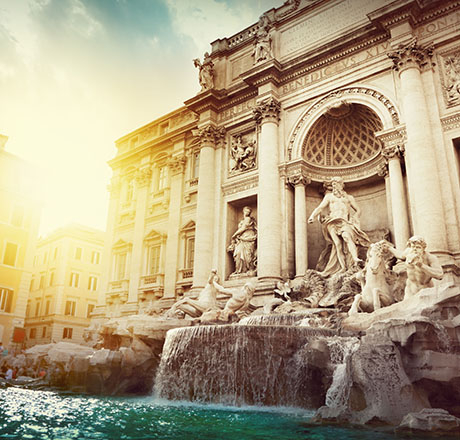