In the north of Scotland, Graeme Green decides not to walk 500 miles, but instead drive it to check out a road trip the locals hope will be the UK’s equal to Route 66.

A face appears above the water, its two dark round eyes peering at us. Another head bobs up, then another, as we paddle across the Inner Sound off the northwest coast of Scotland. Soon, around 30 seals have flopped off the rocks and swum over to check us out. “They’re very curious, just like dogs,” says kayaking guide Chris Hingley. As they gather around our kayaks, their ghostly shapes watch us from the water like the Sirens from Greek mythology. Occasionally, they leap from the sea before slapping the water with their bodies and tails. “It’s likely that’s territorial behaviour,” suggests Chris, but it looks more like they’re showing off.

The North Highlands of Scotland are full of wildlife and wild landscapes. I’m exploring the North Coast 500 (NC500), a new tourist trail that starts and ends in Inverness, the capital of the Highlands. It loops up around the east coast to John o’ Groats, along the rugged north coast and down the mountainous west of Scotland through Ullapool and Applecross. The ‘500 Miles’ route, inspired by The Proclaimers’ classic song (it’s my week-long earworm), has been talked up as a new classic road trip – Scotland’s answer to Route 66 in the USA or Italy’s Amalfi Coast. This is more than just a road to blithely cruise along – it’s meant to be discovered at a leisurely pace, leaving time to explore castles, distilleries, wildlife, hiking trails and plenty more along the way.

There’s a real sense of adventure as I leave Inverness and cross the shining water of Beauly Firth before heading north into the evocatively named Black Isle. An hour up the road, I take a small detour to tackle my first hill, Cnoc Fyrish. It’s an easy, two-hour round trip – popular with local dog walkers and hill runners – through pine forest to the arches of the striking, Indian-influenced Fyrish Monument on the hilltop, with views of the green coastline and oil rigs in the silvery water of Cromarty Firth.

In the afternoon, I stop at Dunrobin Castle, a fairytale building originally from the 1300s – and my future home, as soon as that lottery win comes in. Falconry displays take place in the garden during summer, but my favourite feature of the castle is the ornate Aeolian Orchestrelle, a pressure-operated harmonium, in one of the hallways.

I’d been warned the first day’s drive from Inverness to John o’ Groats (I’m taking the route in an anticlockwise direction) is the least interesting section, but I like it. The high roads swoop along the coast, with views of the North Sea to my right. Thick yellow banks of heather stretch across massive, sweeping hills. I pass abandoned stone crofts, isolated farms and little harbours. Cows, horses and sheep graze on the grassy slopes leading down to rocky shores and beaches. If this is the dreary part of the NC500, there must be exciting days ahead.

John o’ Groats is generally believed to be the northernmost point on the British mainland (although that honour, in fact, goes to Dunnet Head). I hike out along the coast in the blustery Scottish morning to the lighthouse at Duncansby Head for dramatic windswept views across the Pentland Firth to the Orkney Islands and the lighthouse of Muckle Skerry. Walking over a small ridge, the Stacks of Duncansby, two towering pinnacles of rock out at sea that look like crumpled wizard’s hats, come into sight, with the arch of Thirle Door just in front of them. Seabirds – fulmars and kittiwakes – huddle for warmth in nests on the sea cliffs. Others swoop, glide and hover before coming in to land.

At Dunnet Head, I explore concrete bunkers from World War II. The hilltop location on the coast was a vital lookout for spotting enemy ships during the war.

Next morning, I meet Gordon Anderson, a hiking guide with Wilderness Scotland, and we set off from Thurso for Ben Hope, Scotland’s most northerly munro (a mountain above 915 metres). The landscapes become more dramatic and varied as we make our way west, with pretty villages, blanket bog and moorland, deserted beaches and giant mountains. Sheep and snow-white lambs wander along the roadside, while scruffy ginger-haired Highland cows munch grass in the fields. Further on, a herd of deer crosses a river.

It’s a fast, steep climb up Ben Hope, meaning we’re soon high in a quintessential Highland scene, with a peaceful loch in the valley below and hills around us. “Once you get into the north, you really have that sense of remoteness,” says Gordon. “Up on the hills, there’s a feeling of space and openness.”

Mist unfortunately blocks the view at the top, but there’s some consolation: another hiker who made it to the summit ahead of us had the good sense to bring a bottle of whisky. He pours a dram and hands it over as I reach the summit. Scots have a deserved reputation for being friendly and whisky is never far away, even on a 927-metre summit.

The NC500’s most northwest point is Durness, and from here the route turns south. Sections of the road are slow-going single tracks, but I don’t mind the leisurely pace when there’s scenery like peaceful Loch Eriboll or the white sand beach of Tràigh na h-Uamhag to look at.

Hikers are spoilt for choice in the North Highlands. The next day, Gordon and I tackle Arkle. “Arkle’s a classic,” Gordon tells me, as we make our way across a grassy glen. “The views and the architecture of the mountain ridge make it a classic Scottish landscape.”

We forge our way uphill, stomping through bog and heather, surrounded by epic mountains and glassy lochs. A ghostly veil of mist moves across the mountain and envelops us. Without a map and compass, we’d be quickly lost. The views are hidden (nature seems to have it in for me this week), but it’s a fun 17.5-kilometre hike over the lunar-like grey rock plateau, with a jagged rocky ridge leading towards the 880-metre summit. We scramble over big boulders of quartzite slippery with Scotch mist. The ridge drops away steeply  and, even with reduced visibility, I can see this is no place to fall.

In the morning, Gordon and I catch a boat across to Handa Island, a mile off the coast. This nature reserve is home to thousands of seabirds – guillemots, razorbills and great skuas included – but its most popular attraction is the 320 pairs of puffins who are found here between March and August. “It’s internationally important for seabirds,” says Caroline Rance, a volunteer with the Scottish Wildlife Trust, who greets us off the boat. “All along the west coast of Scotland you get amazing cliffs and pockets, with very little human interference – good nesting and good feeding spots.”

A wooden walkway takes us across the small island and past noisy nesting skuas and sweetly singing skylarks. The path leads to Puffin Bay and the Great Stack, a towering rock formation in the ocean, where we see puffins scampering along the cliff top. A group of them clusters together outside a burrow, keenly watched over by a seagull eager to steal their eggs.

We circle around the coast, keeping an eye out for the whales, seals and dolphins sometimes seen out in the bay. Our luck isn’t in today, but we do see a group of shags perched on a black craggy rock.

Back on the mainland, Gordon and I squeeze in one final hike. It takes two hours to get up and down Stac Pollaidh, another “Scottish classic”, climbing a steep path towards a jagged ridge that looks like a mountaintop castle. “To me that scenery is some of the best in Scotland,” Gordon says, as he points along the blue and green coastline towards Handa Island, the peaks of Suilvan, Cul Mor and Cul Beag, and lochs surrounding Stac Pollaidh.

Further south, Ullapool is the kind of pretty Scottish town, built around a harbour, that makes you want to relocate. There’s mist on the mountains as I make my way down the banks of Loch Broom, music blasting from the car stereo. I reach Loch Shieldaig late in the evening, unwinding from a long drive in the buzzing atmosphere of the Shieldaig Bar with a plate of fish and chips and a couple of pints of the local ale.

The coastal road leads me to Applecross in the morning, where I meet Chris Hingley. “This part of the coastline is great for kayaking,” he tells me, as we put them in at a seaweed-covered beach and paddle out to the Inner Sound. “It’s easy for beginners, but also a fantastic playground for more experienced kayakers, with loads of little bays, caves, arches and islands. There’s lots to explore.”

The curious seals watching our progress aren’t the only creatures out here. “It’s a great area for wildlife,” says Chris. “You’re pretty much guaranteed to see seals. You can sometimes see otters. And then there’s the birdlife: terns, gulls, oystercatchers…”

We paddle out past the wreck of an old fishing boat that smashed on the rocks more than 50 years ago, then make our way through a channel that cuts through Saints Island. Gulls and oystercatchers gather on rocks on one side of the island, terns on the other. A black cormorant stands on a pole out in the water, wings outstretched to dry in the wind.

We paddle as far as Coral Beach, which is marked by a rock shelter that Chris calls the Smuggler’s Cave, before turning around to complete the six-kilometre journey. Seals appear in the water again as we make our way back to shore. There’s time in the afternoon, as I make my way along the final stretch of the NC500 loop back to Inverness, to pause a while at Glen Ord distillery. I’m driving, so, of course, I only have a small sample of their water of life – just a taste to fuel me through the final few of a memorable 500 miles.

Qatar Airways flies from Sydney and Melbourne to Edinburgh via Doha. From Edinburgh, Scotrail has services to Inverness. If already in the UK, FlyBe has flights to Inverness from local airports.
qatarairways.com
scotrail.co.uk
flybe.com

You can find out more about the NC500 drive or Scotland in general from these two websites.
northcoast500.com
visitscotland.com 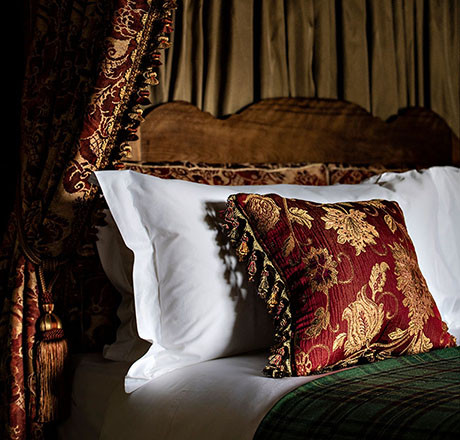 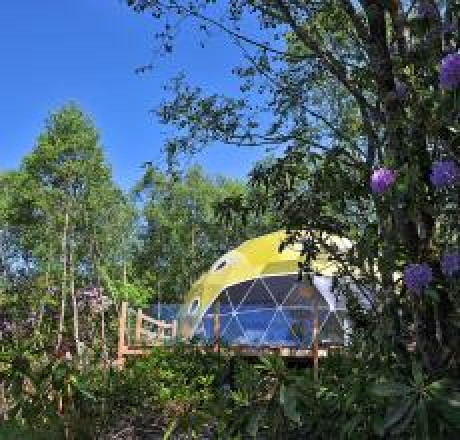 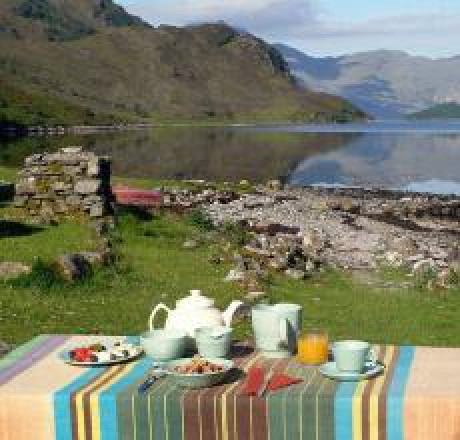 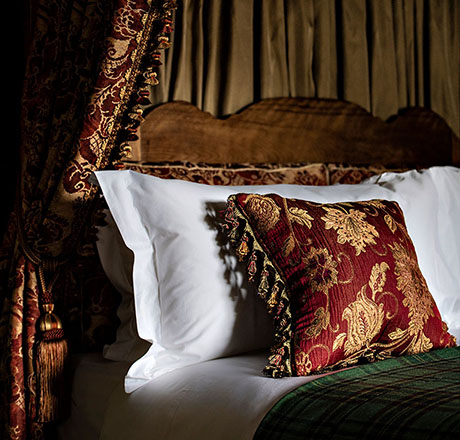 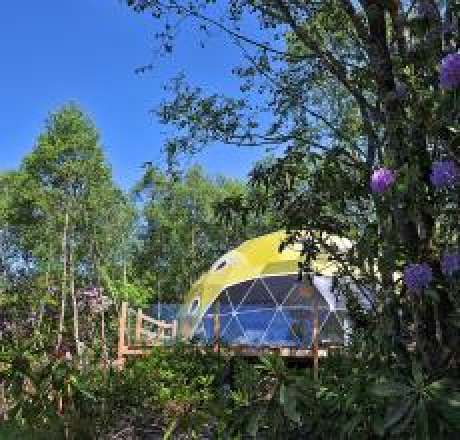 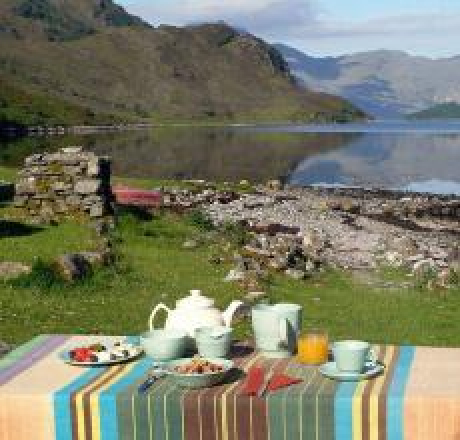