Following the tragic Colombo bombings of 2019 and then a pandemic, this beautiful island nation is once again on the rise.

It's early morning, not long after sunrise, but the searing heat has already zapped my energy, sending me in search of fresh young coconuts and a banyan tree to sip them under. The sound of peacocks crooning fills the morning air, dragonflies buzz over lily-dotted ponds, spotted deer totter clumsily across the dewy ground, and tufted grey langur monkeys preen in tree branches, occasionally letting out a howl when another tribe member gets too close. We’re well and truly in the tropics here, wandering through historical relics amid thermals that are as fiery as the country’s cuisine.

We’ve arrived in Polonnaruwa on two wheels, pedalling around the central plains of Sri Lanka at the only pace this weather permits: slow. Less than 80 kilometres away is Anuradhapura, the country’s ancient capital and the site where Buddhism was introduced to the locals. Between 377 BCE and 1017 CE it was the most important place on the island, and kings built temples and statues and worshipped sacred trees here.

Anuradhapura’s crowning glory is an enormous fig known as Jaya Sri Maha Bodhi, thought to be the oldest living tree planted by humans. It began its life in 288 BCE as a clipping from the Indian Bodhi tree under which Buddha sat to gain enlightenment. It’s kind of a big deal. Understandably, locals are fiercely protective of this gracious green-topped gem, whose branches reach skywards like gnarly fingers. There’s a total development ban around it, lest ruthless digging damage its roots. 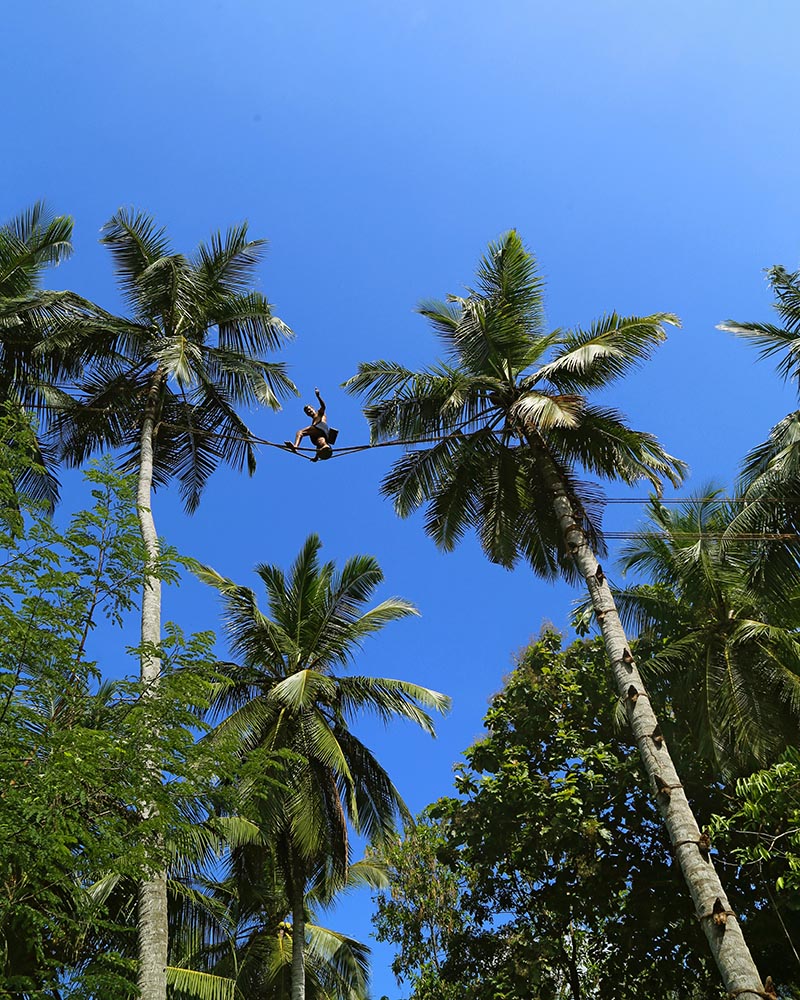 Don’t try this at home: bridging the distance between coconut palms. Click to view gallery

Polonnaruwa was also ruled by royalty some 800 years ago, when it was a thriving cultural and religious centre. Nobles commanded the erection of massive stupas and vast temple complexes across the city, not to mention a 14-metre prone statue of Buddha carved into granite cliffs. Most of the archaeological treasures here are remarkably well preserved, offering even the most casual observer a vivid perspective of how this World Heritage Site would have looked in its heyday. Sri Lanka’s other eight UNESCO attractions are in equally good condition – you’d be hard pressed to find another destination on the planet that has so many protected wonders packed into such a small area.

My journey around Sri Lanka begins, as most journeys here do, in Colombo, a heavenly accumulation of wide-open spaces, tree-lined avenues, chaotic traffic and whitewashed villas. The charming capital was one of the reasons why, in late 2018, Lonely Planet named the teardrop-shaped island it calls home the number-one place to visit for the following year. Six months later, on Easter Sunday, 259 people were killed across the city in a series of coordinated terrorist suicide bombings.

The devastating attacks came almost a decade after the end of Sri Lanka’s protracted 26-year civil war with Tamil separatists. Visitor numbers had jumped to record highs during that decade, only to be slashed back down by a seemingly impossible 186 per cent year-on-year decline, with more cancellations than new bookings, according to Reuters. “The people hurt; I didn’t work for three months,” says my guide George, visibly upset by the impact of the tragedy.

It isn’t the only disaster to have hit this fragile slip in the Indian Ocean: in 2004, the Boxing Day tsunami resulted in more than 30,000 fatalities along the country’s southern shore. It has been heartbreak after heartbreak. Add in a pandemic where tourism again ground to a halt and it’s incredible how resilient these places – these people – are.

The past devastation lends a certain sharpness to the great beauty of the island, adding a dusting of charisma to the time-warp capital, where so many images seem to be drawn straight from a Graham Greene novel. Like the sarong-clad man riding an antique bike through a downpour, his back ramrod-straight as he holds aloft a battered black umbrella. Or the waiters in crisp white jackets at the Galle Face Hotel, who decorously call me madame as they serve cocktails on the sea-facing veranda. It’s this quiet beauty and unassuming hospitality that draws me back again and again. Then there’s the unquiet beauty.

The drive northeast toward the island’s heart is a bit like playing Tetris with animate (and inanimate) objects. We dodge dozy dogs sprawled in the middle of the skinny single-lane highway, scoot around overladen motorbikes and tuk-tuks, then slot back into traffic behind horn-blasting public buses painted in a rainbow of colours and packed with more people than it’s possible to count.

In a stroke of genius, someone high up in the country’s transport ministry decided to give these colourful chariots “personalities”: we pass one called Dam Rajina (Purple Queen), amused by the decidedly un-bus-like eponymous plum-hued exterior. Another is known as Monara Patikki (Little Peacock), for the regal plumage painted across her iron bodice. Some of these buses have become so popular they have their own Facebook pages; others come with disco lights and top-end sound systems.

We’re a fringe away from roadside stalls hocking prickly durian, pineapples and bananas. And there are school children everywhere, dressed in inexplicably white starched uniforms – girls flick long glossy braids over their shoulders, boys gather around whoever has a mobile phone. The factories of outer Colombo give way to palm plantations and fields of fragrant mango trees, so heavy with ripe fruit their branches almost touch the ground.

Amid it all is Aliya Resort & Spa, its paradisiacal pool plonked into the middle of the jungle. Villas and open-air public spaces envelop the water, each taking design inspiration from the elephants that thrive in nearby Minneriya National Park. The retreat’s backdrop is the twin rock formations of Sigiriya and Pidurangala. We tackle the latter at sunset, clambering over boulders worn smooth by thousands of flip-flop–wearing adventurers.

The former we explore at sunrise, when mist lies low over lily-lined moats and water gardens that sit at the foot of vertiginous staircases. Before reaching the summit, formed by magma from an extinct volcano, we encounter remarkable frescoes and a pair of colossal lion’s paws carved into the bedrock. The ruins at the pinnacle are like Sri Lanka’s answer to Machu Picchu: a somewhat inconceivable assemblage of structures that was the fortress of Mauryan king Kashyapa I between 477 and 495 BCE.

Sri Lanka’s other sacred Buddhist shrine – one with an even more personal connection to Siddhartha Gautama than his fig – lies 80 kilometres south in Kandy. The city’s willow-lined lake and grand mansions nod to the region’s colonial heritage. The British came here in the nineteenth century, planting the rolling countryside with tea. The first tea factory opened in 1872 and, within a century, the nation had become the world’s biggest exporter of the leaf. 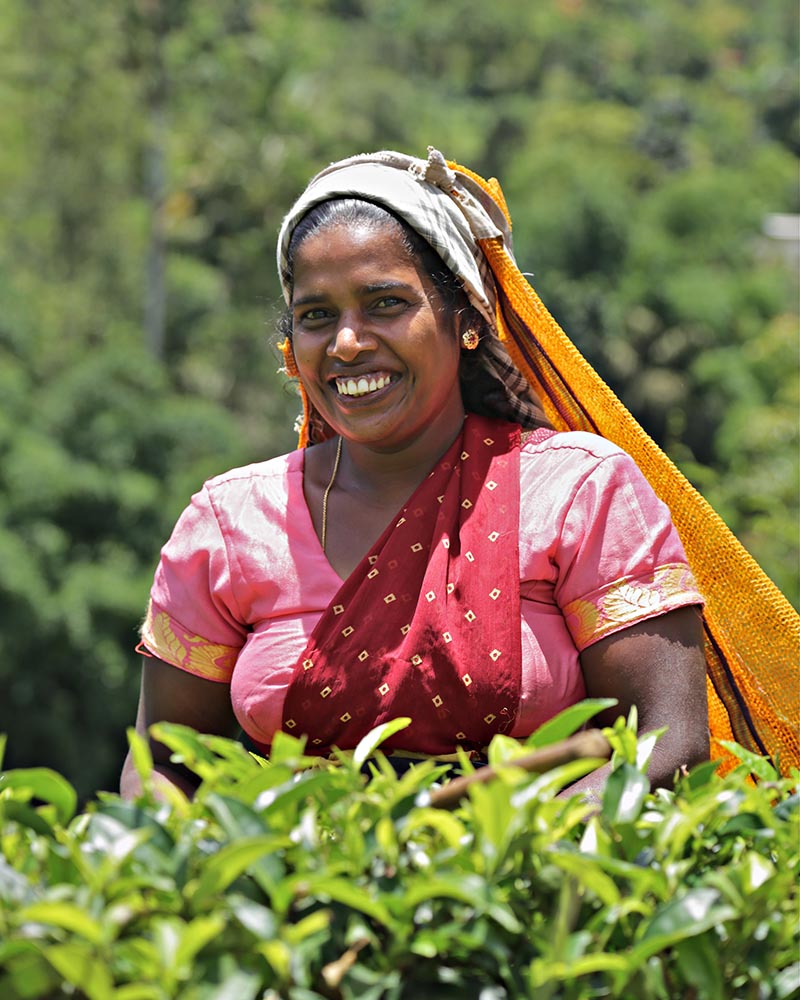 Remnants of the English colonial years, when the country was known as Ceylon, remain in its language, architecture and industry. Original processing factories survive, with machines running on belt drives and light dappling the wooden floors. In plantation-style bars, wooden fans whir overhead and dapper bow-tied waiters deliver icy gin and tonics.

It has been a day full of history lessons – only hours earlier we visited the Temple of the Sacred Tooth Relic, which, admittedly, doesn’t leave much to the imagination in its name. Within Kandy’s royal palace lies a vaulted, heavily protected pavilion, said to enclose a relic of Buddha’s tooth. Said to because you don’t actually get to see the tooth when you visit. But that doesn’t stop piles of pilgrims from lining the marbled temple confines, worshipping, humming, meditating.

The rail journey from Kandy south to Nuwara Eliya is as bone jangling as it is fun, our train click-clacking its way uphill into countryside where tea plantations cling to mist-draped mountains. From afar, deft-footed female pickers in pastel saris look like jewels embedded in an undulating emerald crown. Up close, you can see the struggle they endure walking the steep paths, filling baskets strapped to their heads with leaves and buds.

This part of Sri Lanka is dubbed Little England for obvious reasons. The landscape is cooler here and is embellished with colonial-era bungalows, Tudor-style hotels, fragrant rose gardens, golf courses, dense cloud forest with tumbling waterfalls and butterfly sanctuaries. The train continues on to the tiny backpacker-loved town of Ella, crossing over the spectacular Nine Arch Bridge along the way. Architectural ingenuity aside, this construction spanning the jungle is postcard pretty – small wonder it’s popular with selfie-stick wielding visitors in the minutes leading up to the train’s crossing. 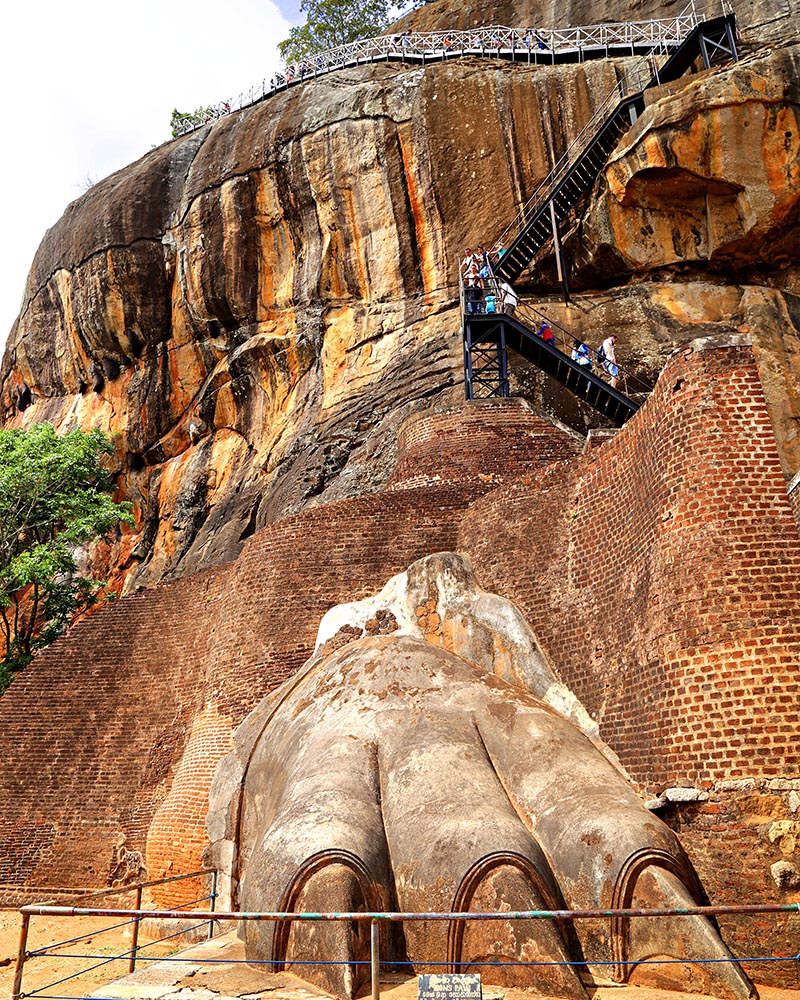 The entrance to Sigiriya’s fortress is between two monumental carved lion paws. Click to view gallery

Ella’s primary allure is its wilderness hikes up Little Adam’s Peak (1,141 metres) and (big) Adam’s Peak (2,243 metres). Both walks offer respite from the humid climes of Sri Lanka’s lower levels, with views that instantly ease you off the travel accelerator. And when we clamber back down, bamboo-built restaurants and bars await, where we toast our efforts. Our group orders sour fish curry with eggplant pickle, and espresso martinis dusted with toasted young coconut. It’s a flavour clash somewhat analogous to just about every encounter I’ve had on this island: unexpected bites of fire are tempered by head-swirling cool highs; piercing heat pairs with soul-reviving sweet; Asia meets Europe; ancient meets modern; disaster begets recovery.

Singapore Airlines flies from Melbourne and Sydney to Colombo via Singapore.
singaporeair.com

For more information about travelling around Sri Lanka, hit up the official tourism website.
srilanka.travel

New travel company Unmapped offers small-group tours around Sri Lanka, with the active itinerary tailored to solo adventurers in their 30s and 40s. The 12-night Sri Lanka’s Got Soul experience includes accommodation in boutique hotels, a guide, local transportation, entrance fees, many meals (some in local homes) and more.

It begins and ends in Colombo, and takes in tea country and historic sites, as well as visiting two elephant sanctuaries. The journey continues along Sri Lanka’s southern coast before returning to the capital. Prices start at AU$3,163.
unmappedtravel.com 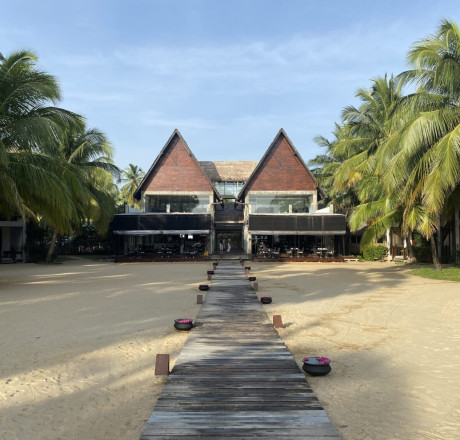 stay
Your own...
Your own private Sri Lankan Beach
PASIKUDAH, SRI LANKA

There is a sense of ‘laidback chaos’ that courses through...

There is a sense of ‘laidback chaos’ that courses through the veins of Sri Lanka. ... 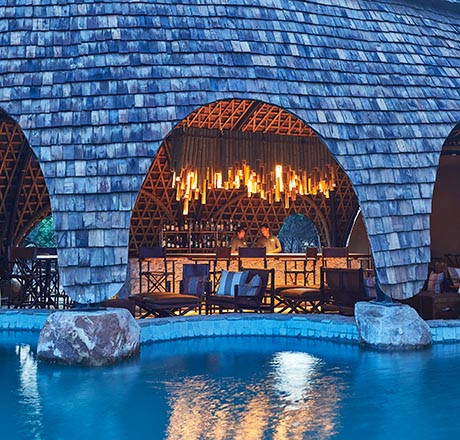 On a deserted beach in Sri Lanka’s Yala National Park –... 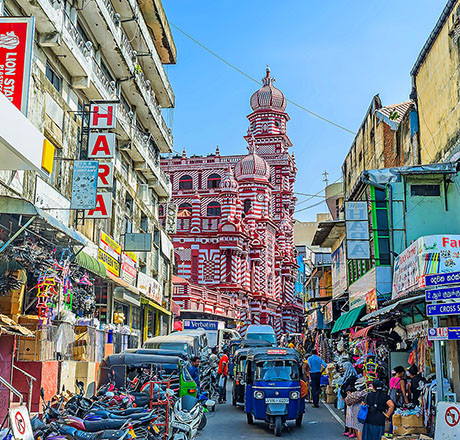 You can fly from Melbourne direct to Colombo, a huge,... 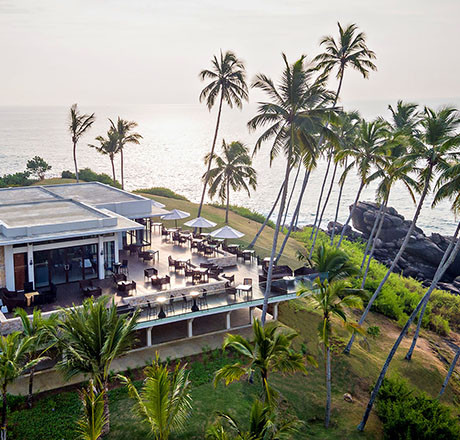 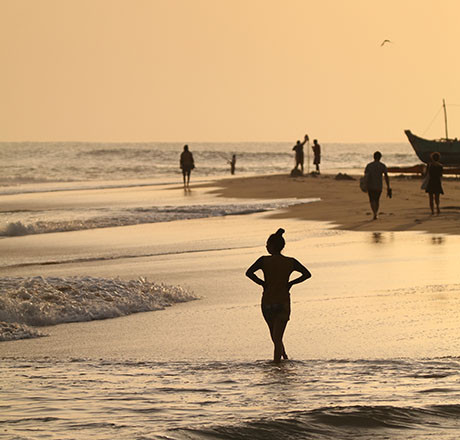 Moments from the white sands and blue barrels of Arugam Bay,... 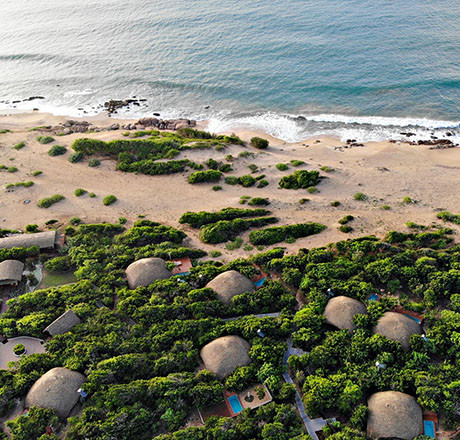 Hidden deep within the jungle of Sri Lanka's Yala National...

Hidden deep within the jungle of Sri Lanka's Yala National Park is probably the last place... 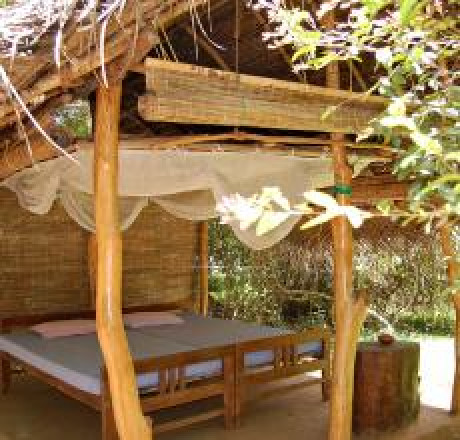 You may be sleeping in a hut made from mud, but the Mudhouse...

You may be sleeping in a hut made from mud, but the Mudhouse isn’t your typical... 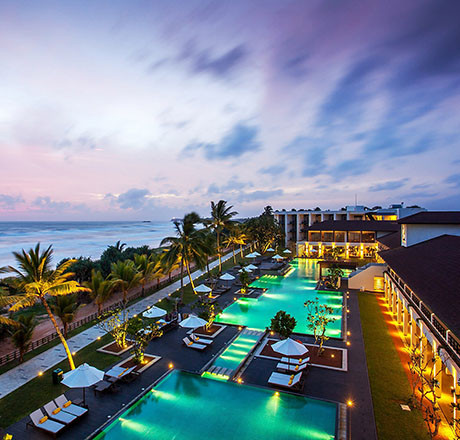 Once in the hands of the Dutch, the British and the...

Once in the hands of the Dutch, the British and the Portuguese, it's not hard to see why... 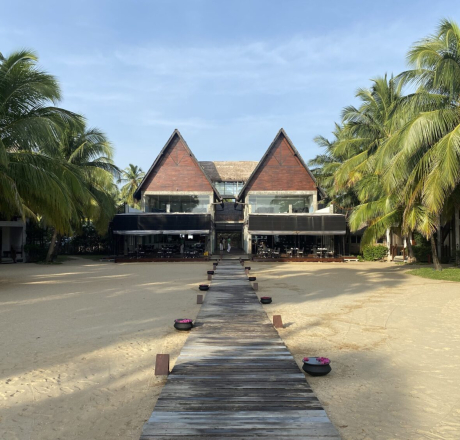 stay
Your own...
Your own private Sri Lankan Beach
PASIKUDAH, SRI LANKA

There is a sense of ‘laidback chaos’ that courses through the veins of...

There is a sense of ‘laidback chaos’ that courses through the veins of Sri Lanka. ... 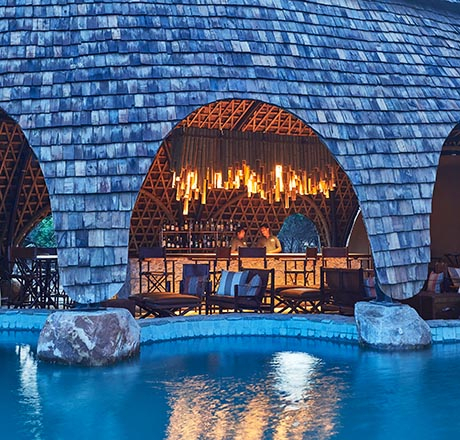 On a deserted beach in Sri Lanka’s Yala National Park – the best place in... 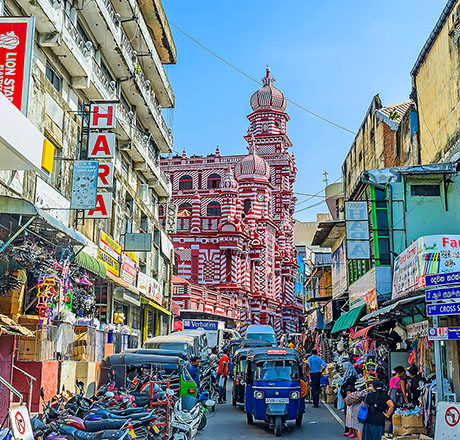 You can fly from Melbourne direct to Colombo, a huge, cosmopolitan... 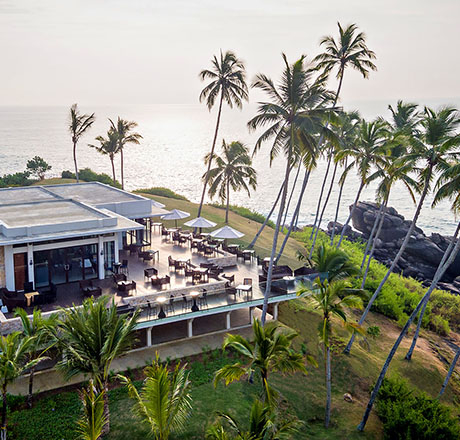